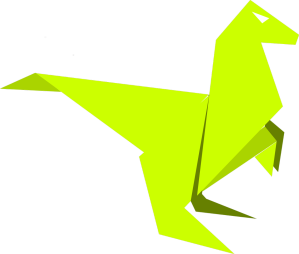 Connecting east and west, we provide our services to our customers from America and Asia, mostly in period they're resting or sleeping - activities agreed during your workday are often done until your next workday starts. We have sales managing directors fluent in English, German, Norwegian, Swedish and Taiwanese.

My Tweets
Join 1,071 other followers

If you saw The Matrix movies, you probably are pretty much on board with the fact that Neo is “The One.'”I mean, his name is Neo… if you flip the letters around a little bit you’ve got O-N-E. A lot of people were able to deduce that. So what if I were to show you a theory that disagrees with that commonly agreed-upon part of the plot?

By the end of the movies it’s pretty clear that Neo is The One foretold by the prophesy. But I don’t think that he was always The One. Neo wasn’t born The One. In fact, he wasn’t The One for most of the movie.

For most of Neo’s time on the Nebuchadnezzar, he’s pretty unremarkable. And the crew knows it. Even by normal standards, Neo is disappointing

During Neo’s visit to the Oracle, he is told, in no uncertain terms, that he is not The One. We are reminded repeatedly that the Oracle is never wrong. Maybe the Oracle was motivating Neo by telling him that he is not, in fact, special. Maybe she was trying to calm him down by letting him know that it was alright to suck. Or, maybe she was right. Maybe Neo wasn’t the One when he visited the Oracle.

Fast forward to the heart pumping climax of the movie. Agent Smith and Neo are kung fu-ing it throughout the city until, finally, Neo is shot and killed by Smith. Bummer.

But this is critical. Trinity said that the Oracle told her that she would fall in love, and that the man she fell in love with would be The One. She tells his dead body that she loves him and seals the deal with a necrophilic kiss. That’s it. Bam. Neo is resurrected with a whole new skill set, a new swagger, and gosh darn it a personality. Neo becomes the One because Trinity loves him. Had Trinity fallen in love with Morpheus, or Tank, or the Janitor that sweeps the floors in Zion, that man would have become the One.

“When the Matrix was first built, there was a man born inside who had the ability to change whatever he wanted, to remake the Matrix as he saw fit. It was he who freed the first of us, taught us the truth – As long as the Matrix exists, the human race will never be free. After he died, the Oracle prophesied his return and his coming would hail the destruction of the Matrix, end the war, bring freedom to our people. That is why there are those who have spent our entire lives searching the Matrix looking for him.“―Morpheus telling Neo of The Fifth One

The One, also known as the Prime Program, is a systemic feature of the Matrix, in which a special code is carried by a randomly selected human being[1] who possesses vast superhuman abilities as an avatar within the Matrix in addition to some extraordinary powers in the real world.

The powers of The One, which are derived from the Source, as they manifest in Neo whilst he is jacked into the Matrix, include: extrasensory awareness of changes within the Matrix code; unmatchable superhuman strength, speed and stamina; the power of flight; practical invulnerability to physical damage; healing powers (best seen when Neo brings a recently-deceased Trinity back to life); clairvoyance (seen when Neo attempts to remove himself from Mobil Avenue station); telekinesis, and eventually becomes powerful enough to manipulate nearly any aspect of the Matrix to his liking.

Later, Neo learns he has some abilities outside of the Matrix, in the real world. These powers are: an ability for his mind to seek out and enter other Matrix-like worlds and places if accidentally jacked out; an “inner sight” that allows him to see Machines, Machine-built landscapes and other entities endowed or empowered with Machine programming in a luminous manner (discovered after being blinded by Bane); and the ability to send basic commands to actual Machine entities, such as Sentinels, causing them to self-destruct.

The mechanisms of how The One appears are a mystery, but it can be presumed that the Oracle is aware of The One’s origin, as she successfully predicts the return of The One to aid the peoples of Zion by telling Morpheus that he would find The One during his duties to free bluepills from the hold of the Matrix. The Architect also refers to The One as an “eventuality”.

Neo has doubts that he is actually The One when he first meets the Oracle, who appears as an old woman. She claims that Neo has “the gift,” but that he appears to be waiting for something. She makes a prediction: Neo will soon need to choose to save the life of Morpheus, or his own; in any case, one of them will die (this is the first of three paths that the Oracle defines for Neo).

Neo’s powers manifest after he is shot and apparently killed by Agent Smith while trying to escape the Matrix after rescuing Morpheus from interrogation by the Agents. After a confession and a kiss from Trinity, Neo reawakens in the Matrix, his powers enabled, and easily defeats the agents. Neo attacks Agent Smith, apparently destroying him from within. The Oracle tells Neo that, in order to save humanity, he must reach the Source, the center of programming power for the Machines, where the Matrix receives its programming. Again, the Oracle has defined a new path for Neo.

“Your life is the sum of a remainder of an unbalanced equation inherent to the programming of the Matrix. You are the eventuality of an anomaly, which despite my sincerest efforts I have been unable to eliminate from what is otherwise a harmony of mathematical precision.“
―The Architect to Neo during their only encounter. [src]

During his meeting with the Architect, Neo learns a surprising truth about the Matrix. The Matrix is much older than Morpheus and the humans of Zion realize. The Architect explains that, in addition to two unstable versions of the Matrix, there have been five iterations, or cycles, of the Matrix. In each stable iteration, an incarnation of The One has appeared. Neo is the sixth One to appear in this sixth Matrix iteration.

In each iteration, The One is led by the Keymaker to the door where The One gains an audience with the Architect. The Architect presents The One a choice: enter the door leading to the Source to reload the Matrix by reinserting the Prime Program, or return to the Matrix.

The One is blackmailed by the Architect to enter the Source door by offering a handful of humans to rebuild Zion, which is completely destroyed by the Machines approximately every 100 years.[2] If The One fails to enter the door to the Source, the Architect warns that the humans inside the Matrix will die when the Matrix destabilizes, effectively making the human race extinct.

Neo, as with his predecessors, discovers that the Oracle’s prophecy seems to be a fabrication; a form of control to steer The One to the Source (or, in the case of the Architect, a representative of the Source). If the Architect’s story is true, it is presumed that each of Neo’s predecessors entered the Source door to give humanity another chance at freedom, and that Neo’s predecessors never tell the (new) Zion survivors of the truth of the repeated cycle of the Matrix or of the destruction of Zion.

Neo breaks the cycle of destruction because of his love for Trinity, who he saves from certain death as she falls from a building after ensuring that Neo’s initial mission to reach the Source would succeed. After Neo is rescued from Mobil Avenue station, he meets once more with the Oracle, who states Neo must still reach the Source – not the Architect, but the Machine City itself, where “the path of The One ends.”

Neo succeeds in reaching the Machine City and successfully destroys the rogue Smith, whose clones have all but taken over the Matrix, threatening a system crash that would kill everyone inside it (both Man and Machines). After Neo’s sacrifice, the Machines uphold the terms of the truce that Neo proposes, and the Machine War ends with Zion saved from the brink of destruction, and the Matrix successfully reloaded.

It is unclear whether another One will appear in time, but the Oracle subtly suggests that this is a possibility at the conclusion of The Matrix Revolutions.